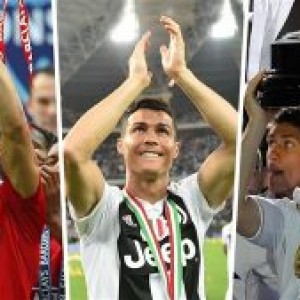 Having previously won the Premier League and La Liga، the Portuguese has now added the Serie A title to his collection with new club Juventus.

With Juventus having clinched the Scudetto with a 2-1 win over Fiorentina on Saturday، Ronaldo has become the first man to win Europe’s three major leagues: Serie A، La Liga and the Premier League.

Ronaldo، though، felt he should be commended for broadening his horizons once again، even using his latest transfer as an opportunity to take a shot at his great rival، Lionel Messi، who looks increasingly likely to spend his entire career at Barcelona.

Esperance of Tunis moves this Thursday in DR Congo

Kenya: Tergat Calls on Kenyatta to Help Save Nock Plaza

'We are one' – Prime Minister Jacinda Ardern's words before moment...

Letters: How the European Union could turn a short delay into...

What do my cosmetic surgery patients want? To look better in...

Beauty from the inside out

UN and the World Bank invite Congolese women to invest in...

The governor of the city of Kinshasa expected Monday at the...

Both democracy and authoritarianism are on the rise in Africa –...

London company gets health records to move as nimbly as the...